The United States saw the national poverty rate drop from 14.9 percent to 14.6 percent, which shows better fortunes for more of the population in the years since the Great Recession. The decrease comes as median household incomes have risen. As the poverty rate is decreasing, the economy grew at a 3.5 percent increase in the third quarter of 2018.

Employers added 250,000 U.S. jobs in October. Now is a good time to consider relocating to the United States for a job opportunity. Contact USAFIS for help with the U.S. immigration process and applying for the Green Card Lottery. They can make sure there are no errors on your application, which would disqualify you from entering the lottery.

As the poverty rate is decreasing, the economy grew at a 3.5 percent increase in the third quarter of 2018.

Nationally, median household incomes rose close to two percent to $57,652. The new five-year American Community Survey shows a comparison between the 2008-2012 period, which includes the 18 months of the most recent recession. It also shows the period between 2013 and 2017 with ongoing economic growth, according to Gloria Guzman, a Census Bureau statistician. 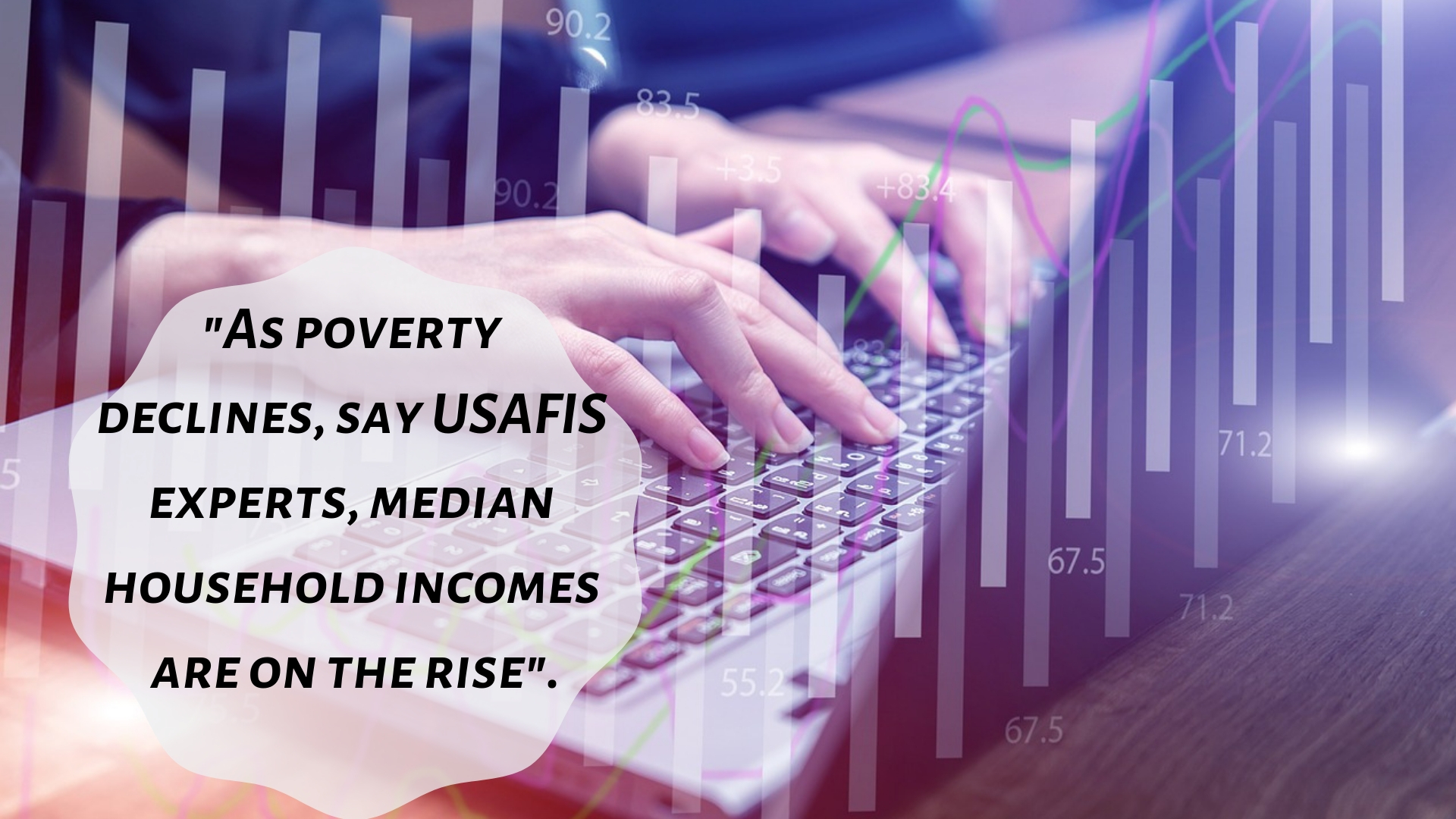 The newest Census Bureau report also compares a county’s median household income and urban-rural status to the number of households that have Internet access. A vast majority, 78 percent, of U.S. households have an Internet subscription. Those with limited Internet access tend to score lower in the U.S. News’ Healthiest Communities ranking. If living and working in the U.S. is a dream that you and your family have, contact USAFIS. They can help you get over the first Green Card Lottery hurdle, the application stage. The team at USAFIS can make sure you submit an error-free application and that it is sent in a timely manner.